Natterhub is now available in Microsoft Teams for Education. Natterhub available in Teams Find out how to get started. Safer Internet Day 2022 Click here for FREE resources and lessons Book a Demo

Understanding What Clickbait Means and How to Protect Children

You don’t need to spend a great deal of time browsing the internet to be faced with a clickbait headline. Whether it’s an outlandish claim about miracle medical solutions or a competition prize that’s just too good to be true, clickbait has us ready to click the link before we even have time to think about what’s going on. But what does clickbait mean?

In this blog, we’re going to be looking at clickbait: what is it, why is it bad for children, and how can we learn to identify it before going down unnecessary wormholes? We’ll also look at examples of clickbait headlines to see how they’re specifically crafted to suck in their desired audience. Once parents and teachers understand how to identify clickbait, it’s much easier to pass that knowledge on to children.

What does clickbait mean?

Clickbait is basically online content designed to attract its desired audience to a particular site via a combination of sensational headlines and eye-catching images. It encourages the audience to spread this material through social networks with the ultimate aim of ‘going viral.’

In the best-case scenario, clickbait is a headline designed to interest the reader. But at its worst, clickbait is intended to cause harm by intentionally spreading false or misleading information. All for the sole purpose of increasing website hits and increasing advertising revenue.

This can be an incredibly damaging experience for adults, let alone vulnerable children. Providing children with misleading information can fill their heads with nonsense and often gives the wrong impression of people or subjects they are interested in - particularly celebrities and sports personalities. It can skew their perception of the world and what they can expect from it as they get older.

Learning to identify what clickbait is early on will prevent children from wasting time and spreading misinformation to their classmates. Here are some clues to help children identify clickbait:

If you come across an unusual GIF or image to demonstrate a remarkable occurrence then it’s likely to be clickbait too.

Posts stating ‘you’ve won’ or ones that ask you to share a contest with the potential of winning unlikely prizes tend to be scams - aka clickbait.

Of course, it’s possible to make money from working at home. But headlines that guarantee money for nothing are bell-ringers.

What is a clickbait headline?

The vast majority of clickbait comes in the form of sensational headlines. They will play on human emotions and rouse our curious nature. Children tend to be incredibly curious and can easily be led astray by outlandish claims - as can adults! Let’s have a look at how companies create headlines, so we can learn to identify clickbait before getting sucked in.

Most clickbait headlines will follow one of these themes:

They’ll also use wildly exaggerated language to make their points even more compelling. For instance, children should learn to be cautious of phrases or words such as:

Clickbait headlines also lure you in by creating easily digestible content. For instance, listicles are perfect for children as they hit the sweet spot of curious minds with short attention spans. Authors can easily package content in this format, too, making it an increasingly popular method of baiting clicks. Here are some examples of sensational listicle-style clickbait headlines:

What Are Some Real-Life Examples of Clickbait Headlines?

Next, we’re going to have a look at some real-life clickbait headline examples. You’ll notice how each one is a sensationalist headline which leads to an unremarkable piece of news. 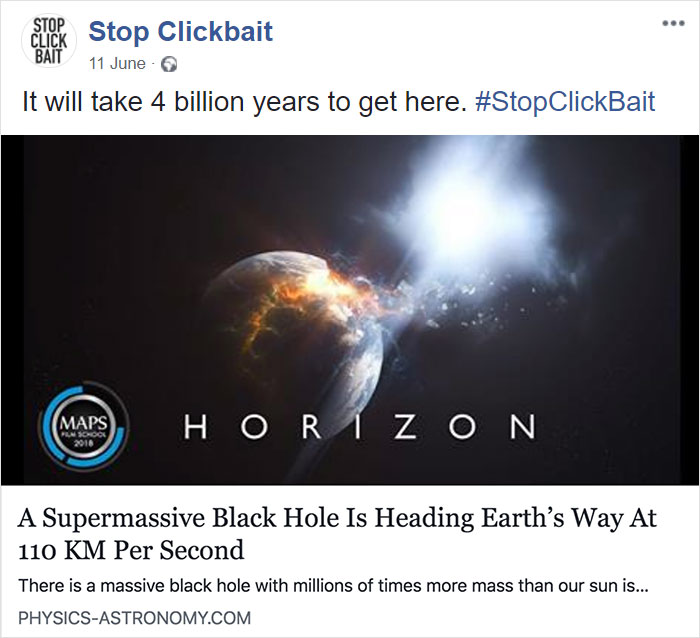 This headline is clearly designed to prey on our fear that something terrible will happen. However, once the reader has clicked through to the article, the news reveals that the black hole is still 4 billion years away from Earth and is of little consequence to anyone. 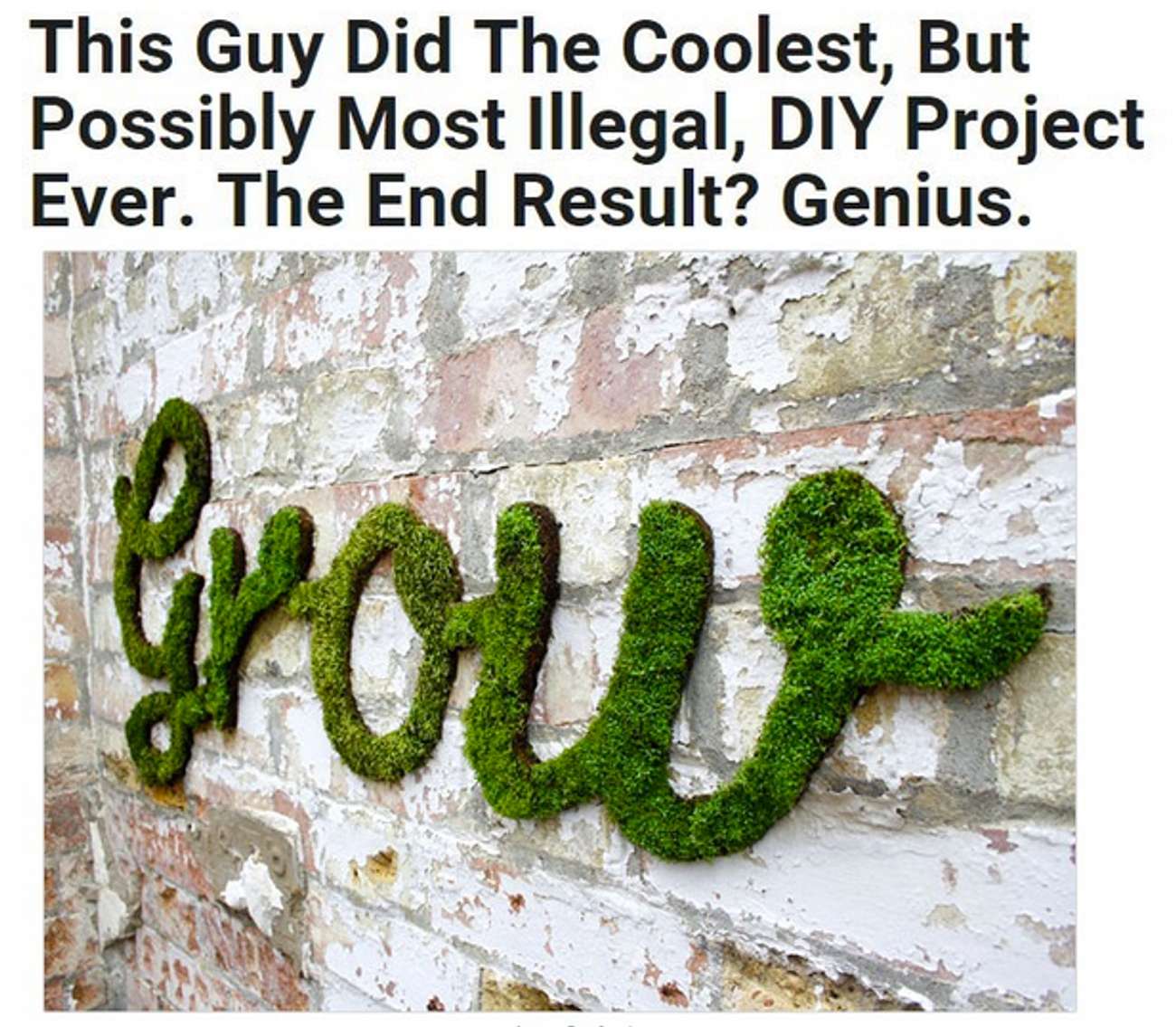 This second headline sucks the reader in by suggesting that they’re going to find something highly remarkable and very much against the law. However, once we get into it, the story is simply that of a chap making graffiti out of moss. Not exactly murder and nearly not as newsworthy as the headline would suggest.

3. A Steady Diet of Nothing 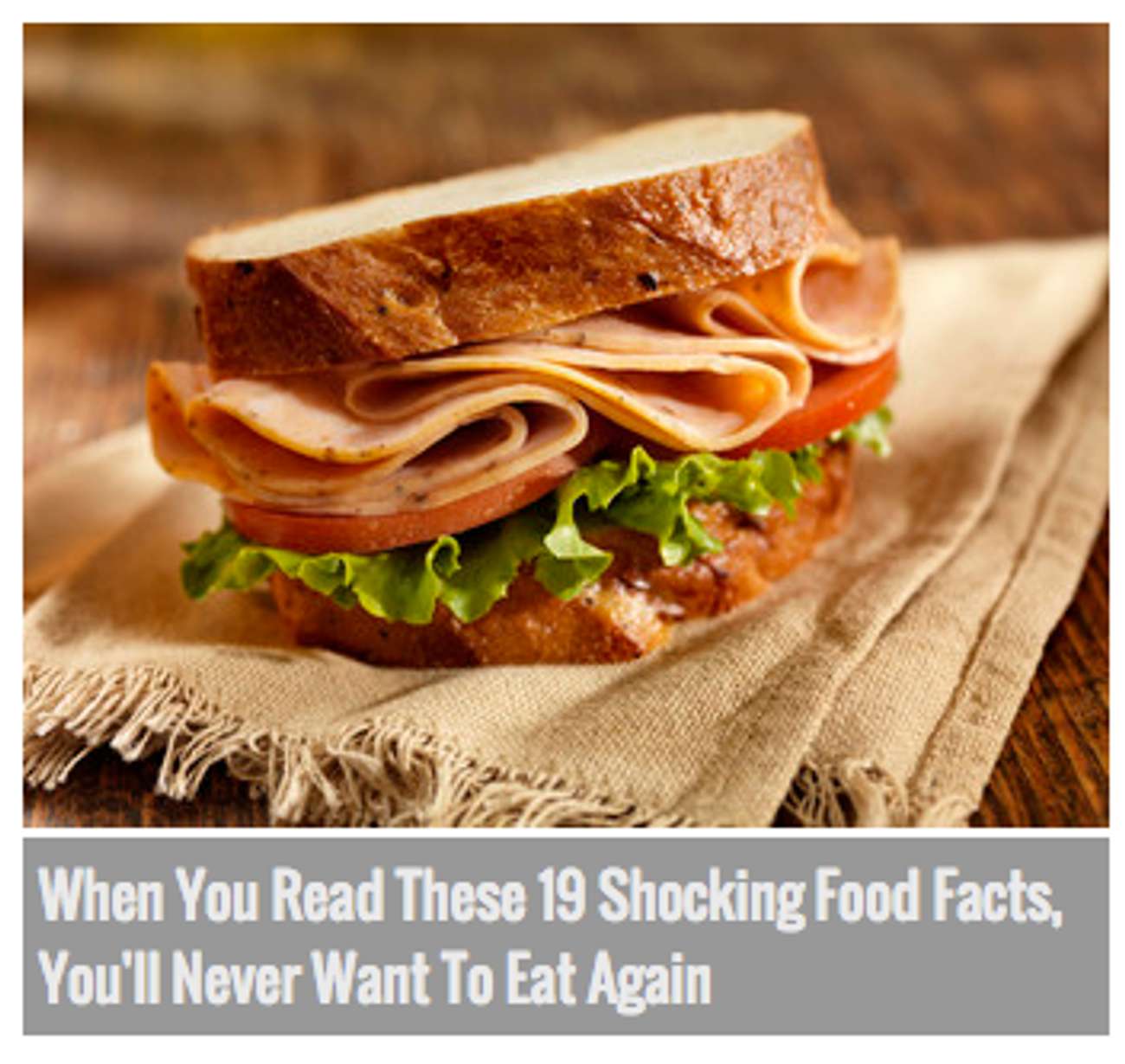 Finally, this headline suggests that the reader will learn all manner of facts about food that will stop them from eating altogether. When in fact, it’s a discussion about foods that contain a high number of calories. We should certainly be wary of food that is bad for us, but suggesting we’ll want to stop consuming food completely is quite a dangerous, and misleading point to make - especially for children.

These are just three examples of how clickbait can mislead or misinform the reader. They're really just the tip of the iceberg in terms of what’s out there. But now you’ve seen some examples of clickbait you’ll be better prepared to educate yourself, and your children, about the dangers of clicking on these unreliable headlines.

Why Is Clickbait Bad?

The main issue with clickbait is that it tends to share misinformation. And the more companies use clickbait to attract page hits, the more children are subjected to fake news, false information and, in some cases, outright lies.

If we aren’t able to teach children to identify between ‘sponsored content’ and real news, then their heads will be full of useless information (not to mention the hours lost to futile scrolling). And the more children share this content with friends the more misinformation spreads.

Clickbait can also spread computer viruses and malware. Clicking on the wrong link or headline can compromise your computer’s security and your children’s online safety.

Here are some tips on how to spot clickbait:

How Can I Protect Children From Clickbait?

The best protection children can receive from clickbait is education. It’s important to learn the difference between actual news stories and clickbait headlines. You can use Natterhub to teach children how to use the internet safely and how to identify real news amongst a sea of incredible claims and fake news.

Clickbait is here and it’s going nowhere. The way it’s designed to prey on human emotions and rouse our curious nature means it’s an incredibly effective tool for companies baiting for clicks to their website. But knowing the difference between genuine news and fake news articles can stem the heavy flow of misinformation to and from your children.

So, now you’ve learned the answers to questions such as ‘what does clickbait mean’ and ‘what is a clickbait headline?’ you are much better prepared to pass that information on to your children. This education can help protect them as they look for reliable news in the future, and ensure they don’t waste time searching for and spreading misinformation amongst friends and the wider online community.

Teaching Children to Deal with Misinformation